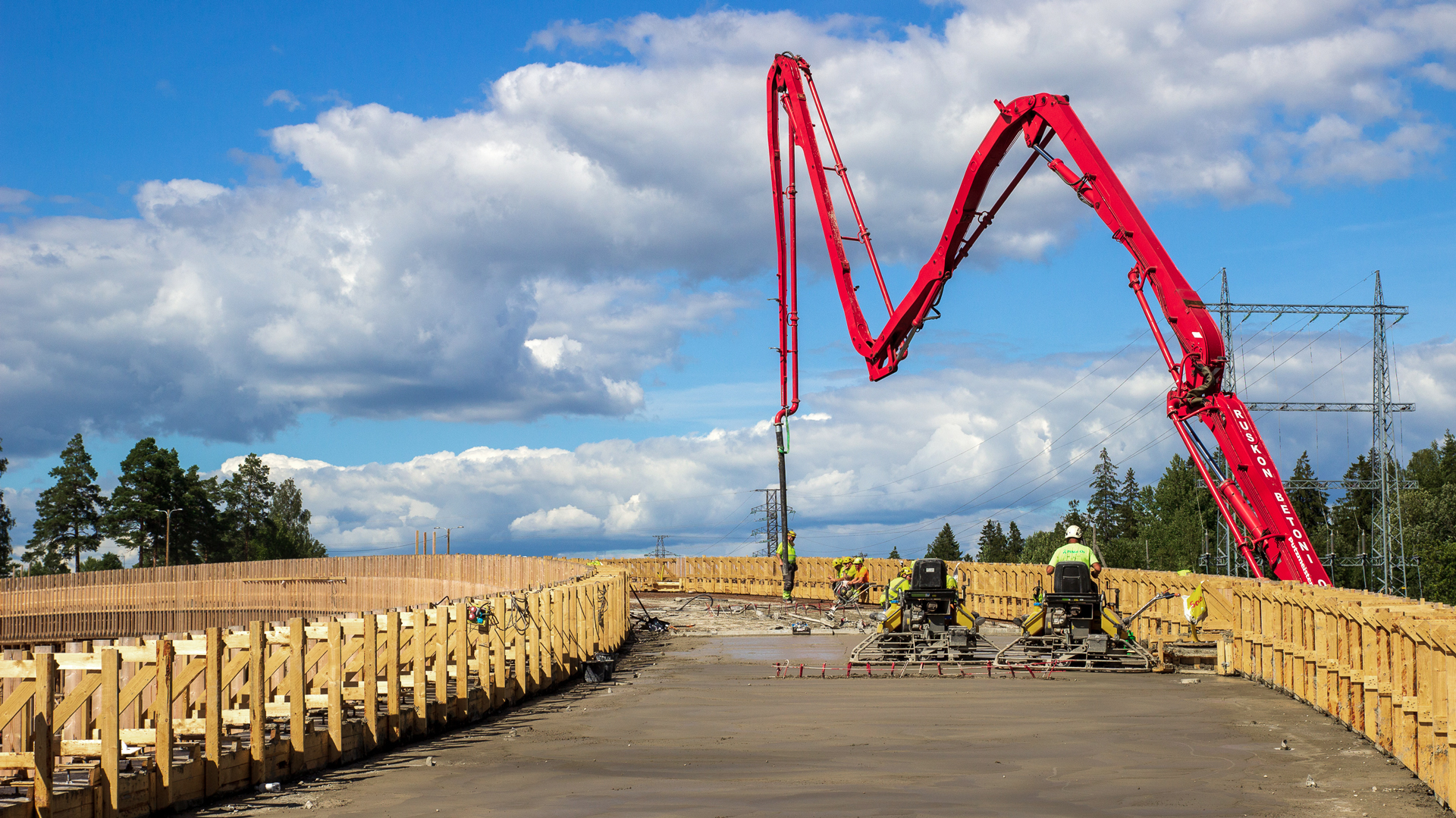 The Compact Air project aimed to determine possibilities to reduce the amount of compaction pores to reduce the risk of segregation. In the first phase of the project, existing test structures from the Good vibrations project were further examined by using a combination of capillary suction, pressure saturation and digital image analysis methods. In addition, these methods were applied to analysing normal production structures along the three bridges of Jokeri Light Rail. In the second phase, effects of the admixtures on the compactibility, risk of segregation and stability of air-entrained pores were investigated. In addition to the casting experiments, a rheological model was designed to simulate how the density of concrete and air content change during the vibration and how different vibration power affects these two factors. In the third phase of the project, test structures were cast to investigate the compactibility and risk of segregation.

The research did not reveal a distinct factor that would significantly affect the amount of compaction pores. However, the results demonstrate that workability and compactibility of concrete are less correlated with modern concretes. The newer superplasticisers are more effective than the older admixtures even though they behave rheologically in the similar way. This change in effectiveness may have an indirect effect where concretes with high consistency may still have poor compactibility. The results also confirm that the modern airentrained concretes are susceptible for segregation. Therefore, concretes should be developed in such way that they are stable during the transportation, casting, and compaction process. This development requires the participation of whole concrete industry, including efforts from admixture manufacturers to construction sites. The usage of self-compacting concretes could reduce the challenges related to the compaction, but they cannot be used in all the situations. Moreover, self-compacting concretes can also be unstable and higher cement demand would hinder the carbon footprint targets of concrete industry.

To combat the risk of segregation, workability of concrete should be selected according to the requirements, demanded by the structure and the compaction equipment. Hence, the compaction plays a major role in achieving high-quality concrete structures. As such, Betoniyhdistys ry. has started to prepare new education about compaction.